Yes, it is nice to be back home, but there's still that want to be traveling again.  We drove pretty quickly after Mt. Rushmore.  We drove through South Dakota, Iowa, Missouri and then down through Nashville to see some friends. We made it home on Monday or Tuesday (don't remember which one) night.  Joe and Jan are in North Carolina at the cabin right now and we parted ways in Missouri. :(

It started getting hot in Iowa, but we didn't need the A/C until Missouri. I figured that I could turn the generator on so we can turn the A/C on.  Holly was panting and Laurie and I were starting to sweat some. I cranked it up and it ran perfectly...for 10 minutes. It shut down on us and we pulled over at a rest area so I could check it out.  I looked at it and tweaked a couple of things on carburetor and it still wouldn't start. I tried a couple more things, but it still wouldn't start.  We were 2 1/2 days from home and I didn't feel like tearing the generator apart at a rest area.  So, we opened the windows back up and cruised on.  The trip through Iowa and Missouri was nice because we had never been there.  There are so many acres of corn and soybean fields.  Until you get around the major cities, that's about all there is.

We stopped by Dale and Bobbi Jo's just North of Nashville for a small visit.  It was great seeing our temporary home and family again because we stayed at their property from January through March of this year. We said goodbye and told them that we would be up soon, then drove down to see Jason, Erika, Colton and Collin (the new one...2 1/2 mnts old).  We had a great visit with them.  Jason cooked some awesome hamburgers and Erika fixed some french fries.  It was just what we needed after driving all day.  Laurie got to feed Collin and hold him for a while until it was time for bed.  We also got yelled at by Colton because he was trying to sleep and he said that we were talking too loud. He's the boss, so we hushed up.  The plan was to get up early the next morning so we went to bed around 11pm.

I woke up at 5am and got moving.  One stop for gas and we were on the interstate headed south again.  We were going to make it home from Murfreesboro, which is 715 miles to Plant City.  It was hot, but we were cruising along nicely.  In Tifton Georgia, we got gas again for the last time.  I decided to get the generator manual out to see where the ignition points were.  I had been thinking that they could be dirty because of all of the dust that we drove through on the way to Alaska and back.  I took the cover off of the ignition point and took a papertowel to them.  I hit the start button and it fired right up.  Wow, we are 4.5 hrs away from home and it decides to start running again.  We had no problems on the entire trip with the generator until it got hot outside and we NEEDED the A/C.  After some tweaking on the carb again and a few slaps on the arm by Laurie, for just figuring out what it was when we are so close to home, we were back on the road again...with A/C!  The rest of the ride was uneventful even though it rained from the Florida border until we got home.

I had some time to reflect on our trip, during my 15 hr drive home. Here are some events and thoughts that stick out in my mind...


We have unpacked a lot of the items out of the motorhome already, but we are leaving a few things in it because we are going down to the keys in 3 weeks for some lobster.  It's hot and humid here, but I still love it. This is the end of our adventure to Alaska and back. I learned a lot about the US, myself, my wife, my dog and my in-laws. We are blessed to be able to take an amazing trip like this one.  Now, onto our next adventure.  Lobster Season!  Look for upcoming blog posts about our trip to the keys!  I better go, my mind is starting to think of more events and thoughts, and I already have too many listed.  Good night! 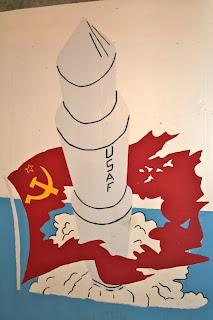 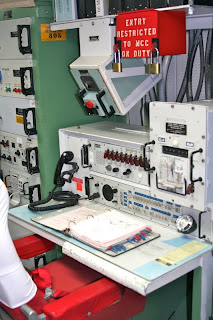