Hello and good evening. We are parked in the Walmart parking lot in Cortez, CO right now, about to go to sleep. We left Ouray this morning and drove here, via the Million Dollar Highway & through Durango. The pass over the mountain was awesome!


On Tuesday, we drove into Telluride, through the snow the entire way...and way back.  We had lunch at the Brown Dog, which was very good. We took a walk around the town, through the blizzard and stopped at many stores along the way to get out of the snow. Unfortunately, all of the ski slopes were closed for the season, so I wasn't able to enjoy the perfect snow for anything but being cold. We had a very good time in Telluride and headed back to the camp at about 5pm.
Laurie and I decided to go to the hot springs in Ouray to see what they were all about. We drove up to the building and it was still snowing heavily. We found our way in and it is like a town rec center. They have a weight room and a large pool area where there are 4 pools separated by concrete walls.  Each pool is a different temperature, starting at 89 degrees.  We put our bathing suits on and hurried out through the snow and jumped into the hottest pool. It was 104 and like a hot tub. It was so cool, just sitting there, head and neck out of the water, watching the snow come down. We stayed in about 15 minutes, just long enough to get relaxed and we jumped out, put our cold shoes and shirts on and hurried back into the locker rooms. Actually, being outside in the snow wasn't as cold as I thought because our body temps were up pretty high.  It was very relaxing standing out in the snow...for a few seconds. :) We played a few games of Sequence after a nice, steak and lobster dinner.
We decided we would stay another night at the campground, to be able to let the snow melt a little, and check out the Million Dollar Highway, which was a road that goes over a mountain range. We heard, from Dan, the campground host, that it was beautiful to see. He suggested driving it to see if we would be comfortable taking the motorhome and fifth wheel over it. We drove the truck over to Silverton, across the mountain.  The road was amazing.  Much of the road did not have guard rails because of snow plows, pushing the snow over the edge of the road and sometimes they put a guard rail up and an avalanche will knock it down. At one point, we had to wait for a snow plow to finish clearing the road of an avalanche.  They work pretty hard when it snows so much, and they do a great job. There were only a few icy spots going over the mountain, and most of them were melted by the time we got back.

On our way back, we stopped through Ouray to walk around and see what there was to do. Again, a lot of the shops and restaurants were closed because of the time of year. 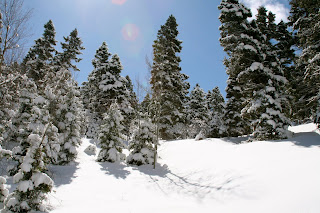 We left the campground in Ouray today. Most of the snow was melted and we could actually see grass and gravel again, around our campers.  I want to say that the KOA that we stayed at, was very accommodating and the campground hosts couldn't have been nicer. Also, I want to thank the owner for allowing us to stay there, even though they were technically closed.  They saved us a lot of driving time and the headache of finding an open, nice, campground. I would DEFINITELY recommend if anyone is traveling this way, to stop and stay a while at the Ouray KOA.  They have cabins also. Dan and Kay, the hosts and fellow travelers, were friendly and knowledgeable about the area. I'll be staying in touch with them throughout the trip, as we have much in common...we like to have fun!  Go to www.koa.com to check out the site.
We braved the highway in the RV's and passed over it with flying colors.  Both vehicles did great and there no "almosts" or "mishaps" along the way. We tried to stay at the Durango Walmart, but were not allowed due to the size of the parking lot and how busy they were.  No big deal. Cortez is closer to Mesa Verde, where we are going tomorrow.  I better get to bed because we are "supposedly" getting up "early" tomorrow...meaning before 9:30. :)  Enjoy the pics! 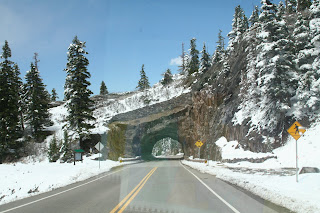 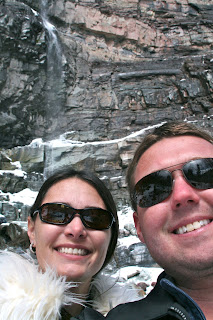 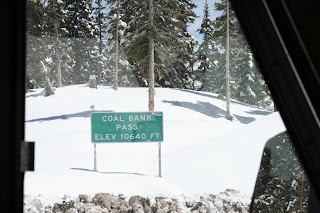 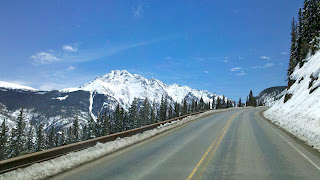