We survived the snow! 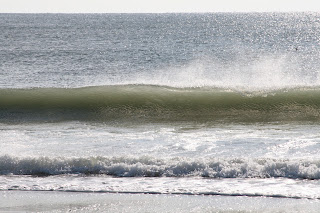 We made it through the blizzard last night! :)  We visited Hatteras and half of the Outer Banks yesterday. I took a drive out on the beach while Laurie was asleep and threw the ball for Holly a little bit. It was very chilly with the wind blowing so we didn't stay out on the beach too long.  There were no surfers out but a lot of guys surf fishing.  Supposedly the red drum (fish) are running down the beach close to shore, but I didn't see anyone catching.  I think all the guys go out on the beach with their coffee, to talk and gossip more than they catch anything. :) 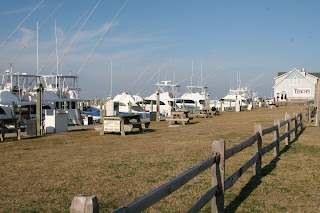 We got to see the lighthouse and many beautiful beaches while we were driving around yesterday. We didn't get to walk up the lighthouse because it was closed for the season. They have small deer in the park, just like the ones down in the keys. We saw a few of them on our way out to the highway. It's nice to see the National Seashore so undeveloped, where everywhere else has houses right on the beach...nice houses though. We stayed up in Kitty Hawk last night and planned on seeing Nags Head and Kitty Hawk today. 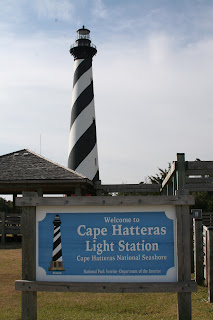 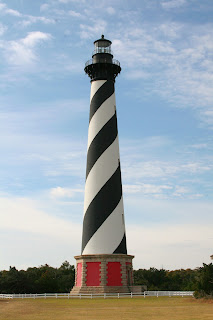 Sunday Dec 5th
I woke up and took a walk down on the beach this morning. The breeze was blowing pretty hard and the waves were about 5-6 feet.  Definitely surfable but with a wind chill of 30 degrees, there was no chance of me getting in the water today. We got moving and drove to the Wright Bros. memorial park to see where they first took flight and to visit the museum. The wind and temperature today was about the same as it was on the day that they took flight. It was so cool to stand out at the very same place the Bros. managed to get the "plane" to fly for the first time, 107 years ago. We walked around the museum and around the grounds until it got too cold. Then, we drove down to Nags Head and saw the park where there are sand dunes that are 90-100 feet tall.  They hang glide off of them in the summertime!  I would love to do that. Here are some pics from today. 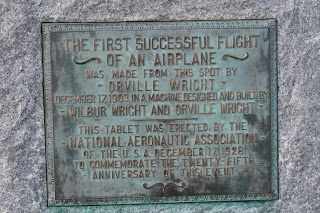 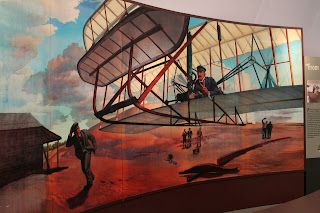 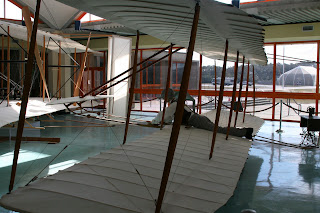 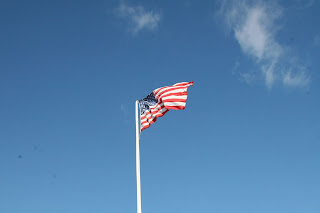 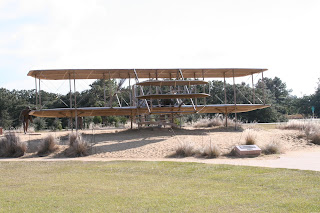 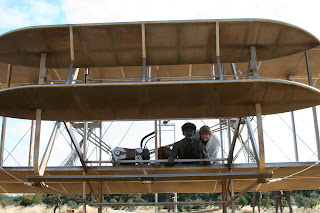 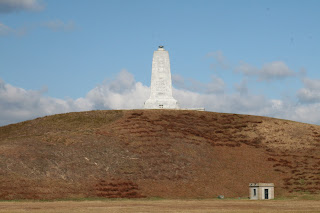 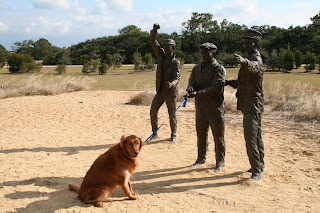 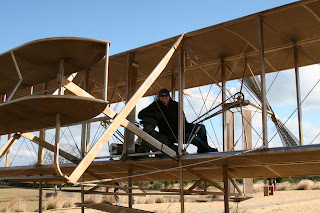 We drove over to Roanoke Island and visited Manteo. Roanoke Island was where the first English baby was born.
We are sitting in the Walmart parking lot right now and we are going to explore Elizabeth City tomorrow. Then, we are going to start our trek to the West and then back South for Christmas. I'll keep you posted of the progress. Good night!
Posted by Pete Stephens at 10:56 PM