Hey Landlubbers...Ok, so it wasn't as funny now as it was in my head. I try to be funny every now and then. :)  Last time I updated you all, I had just arrived in Nashville again. Well...this time we are about to leave Nashville again. So sad! We decided that we better finish our projects that we started back in Plant City and Tampa, before we take off to Alaska. Plus, the Strawberry Festival is going on! Yeah! Here's what we have been up to for the last couple of weeks...besides playing in the snow.
We went hiking at Dunbar Cave Park about 30 minutes north of Nashville, last weekend. The weather was nice for once. There was a huge cave, but you couldn't walk back in it because of some bat disease that has been spreading. I guess if you acquire it, you will turn into a bat or something. (That was me trying to be funny again.) We had a great 2 mile hike through some hills and Holly met a few other dogs and had to do the "smell dance." We drove to a winery called Beachaven in Clarksville. They grow some sweet grapes and buy their other grapes from Washington. We did a wine tasting and a 15 min tour of the grounds. The people that worked their were really nice. I would recommend stopping by if you are ever up this way.
We then drove down to Kix Brooks' (From Brooks & Dunn) winery near Franklin, TN. It is called Arrington Vineyards. Jason told us about it and he and Erika were going to go out there with us but Jason wasn't feeling too good. We got to the vineyard at 5:15 and they close at 6. We didn't get to do a wine tasting because of the long lines. But, the property was beautiful. There were hills with picnic tables on them and swings. They also had a porch with a fireplace and a bonfire going.  Very cool place to hang out. We didn't see Kix but there was a stage that they have live music on during the Spring. www.arringtonvineyards.com
Laurie and I went hiking last week also. There's a hiking trail (old railroad tracks) down on the river that run below some bluffs. The weather turned out good that day also. We walked about 4 miles but the paths run about 10 miles along the river. It's a great place to take a bike because the path is pretty flat.
Last night we went to a concert downtown at the Hardrock Cafe. Leroy Parnell, John Anderson and Marc Collie were playing. It was a small venue and there were only about 75 people there. We had a great time!
Straight Tequila Night


We are looking forward to meeting Joe & Jan down at St. Joseph's State Park (Near Panama City) this weekend before heading back to PC on Tuesday (Laurie's Birthday). We're going to miss Ken and Hope's baby shower though. We're bummed about that. But, maybe I'll get to put a pair of shorts on these white legs of mine. I haven't even had a pair of shorts on since December! How crazy is that?! And how scary will that be. White legs in the sunlight. I'll update you with some pics after the weekend! I'm sure you can't wait! 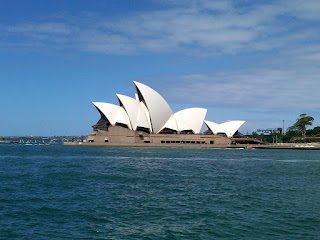 Posted by Pete Stephens at 2:23 PM