We reached the Pacific Ocean yesterday. We have been driving for a couple of days since we left Lake Tahoe area. We drove through the Sierra Nevada Mountains and had more snow to plow through along the way. We camped near Lassen National Park 3 days ago, hoping to get into the park. It has volcanic activity there, so we were pretty excited to see that type of stuff. Well...we did't get to see anything except snow. It was raining/sleeting when we left our campsite yesterday morning and the further we drove into the mountains, the colder and heavier the snow fall got.  We made it to the park and it said the road was closed 5 miles into the park. We drove about 4 of those 5 miles through snow covered roads, but we were on a mission and no snow was going to stop us. It did.

We decided to turn around after getting out and letting Holly play in a parking lot that was full of snow.  As we got lower the snow turned into rain.  then, we ran into hail when we got down a little lower. Crazy!  We drove through rain, sleet, snow and hail in one day! We drove up to the Redwood National Park and let the dogs play on the beach for a while. It was about 50 degrees out and the water was freezing!  But it was so nice to take a deep breath of the ocean air again. We have been landlocked for sometime and we really missed the water.  We drove by the visitor's center and watched a short video on the forest and then made it to a campground in Klamath.  The Chinook Campground is right on the Klamath river. We set up camp and then took the truck for a drive through the big redwood tree. We barely made it through the tree, but we were able to slide through. Then, we drove down a scenic route through the forest and then to see some elk that were laying out in a field. The Redwood trees are huge!  I have never seen any tree that tall or big around. I have seen pictures, but the pictures don't do them justice. My pictures probably won't do them justice either. It was pretty amazing to see trees over a thousand years old. The forest has a pretty fascinating way of reproducing and making sure that the trees survive.
We took some walks through the forest today, even though it was rainy this morning and early afternoon. On the way home, I was driving Joe's truck and the gas (diesel) was getting pretty low so I asked him if we should put some fuel in the tank before we leave the parking lot. He carries a couple of fuel tanks with him so we could transfer fuel pretty easy. He said "naw, don't worry about it. The low fuel light hasn't come on yet and when that does, we still have 12 miles until we are out." All was going well until we went up a steeper incline on a side road that we were headed up to check out a restaurant...and the truck stalled going uphill. "The light's not on," Joe said. Well...I guess sometimes it works and sometimes it doesn't, but we were out of fuel, in the middle of the road, on a curve. We managed to push the truck to side of the road, somewhat out of the way.  We must have tried to get it running for an hour. It was supposed to be an easy process to prime the fuel system in the diesel, but it didn't want to cooperate tonight.  I guess it was mad that we took a chance on it. After many people stopping to ask if we were ok, and one guy actually helping us out, we resorted to calling AAA to tow the truck back to the campground, 2 miles away. Laurie and I walked the 2 miles back to the campground because we weren't sure that there would be any room in the tow truck for us. It was nice walk anyways. Laurie and I started dinner while Joe and Jan waited on the tow truck to come get them. It was another good day of scenic, unbelievable nature.
We have 10 days to get up to Seattle to fly out for Todd and Shana's wedding.  I can't believe time is flying so fast!  Enjoy the pics!  I uploaded some more pics to the link in the upper left hand corner of this blog site also. See ya! 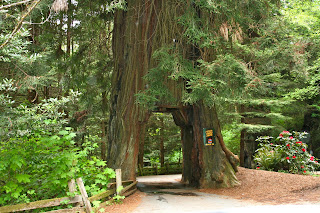 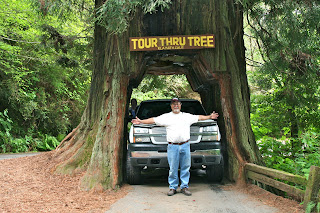 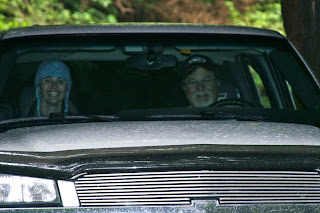 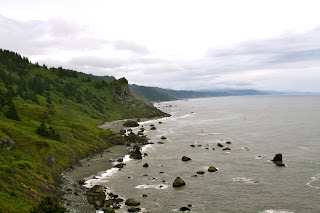 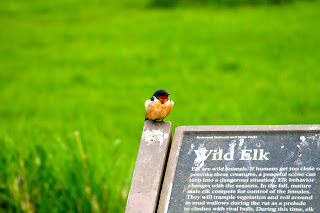 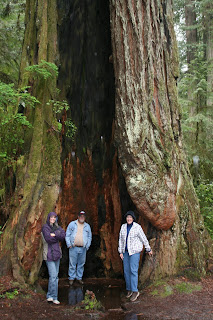 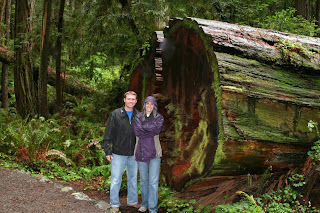 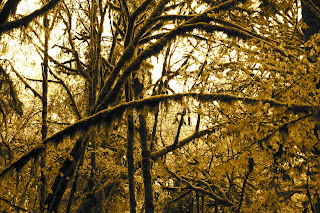 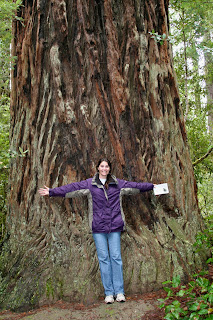 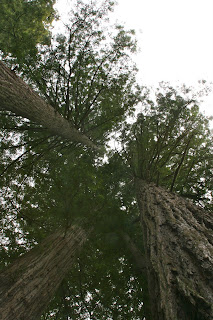 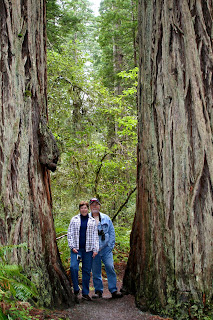 Posted by Pete Stephens at 1:47 AM