Bonjour! I get tired of saying hi in English so I am going to say it another one from now on. We are out on the road and headed West, Alaska bound.  We left on Tuesday night after a quick fix of the headlights before we left home and we stayed with Brad up in Brooksville that night. We got moving around 9:30 and made it to Mobile, AL last night.  Our trip from Brooksville to Mobile was pretty much uneventful. I can tell you that I installed a new (used, but new to the rv) radio with an input for my ipod and it makes a HUGE difference in driving. Plus I fixed my left speaker so I don't have to blast Laurie's ears out in order to hear the music anymore. The weather was beautiful and it took about 11 hrs to get to Mobile. We met up with my dad there and stayed in the Hilton Garden Inn Parking lot. We had a great dinner at O'Charley's (maybe it was because we were so hungry). Dad and I had breakfast this morning and Laurie and I left at about 9:30 again.


As soon as we got on the interstate this morning, I missed the exit that we were supposed to get off. I saw the sign, I just drove right past it. Not sure what I was thinking, but I plugged the GPS in at that point and started paying attention. We drove through Alabama, Mississippi and Louisiana today. Mississippi was very pretty. The grass was so green and everything was clean. We drove through Brookhaven, MS and stopped at a gas station there and everyone was so nice.  I had 3 people come up to me and ask me where we were headed. Not sure if they were looking for a ride, but they actually seemed interested in where we were going. They took the time to ask questions. I was surprised!  The weather today was sunny and breezy. It got a little hot when we got in LA, of course, but it cooled down when the sun started sinking.

We made it to Natchitoches, LA and walked around the block to stretch out our legs. We are parked right down by the river (Chris Farley said it best...we are living in a van down by the river!) and plugged into the city electric.  They are having a jazz fest this weekend and we found out that they just turned the electric on so we got lucky and were able to plug in for some nice A/C tonight.  It's the little victories that make a difference. :) 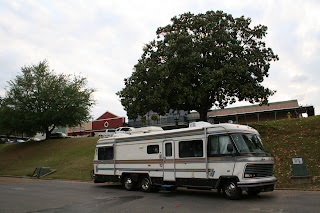 I pulled the fishing rod off the top of the motorhome that had been up there for 2 years and never used since then. I took my tacklebox out and tied a spinner bait. I casted a few times but didn't catch anything so I tied a rattletrap on.  Still nothing, but you can't imagine how good it felt to be casting a line into the water again. It's been a while since I've fished...other than the 2 weekends ago at Ken & Hope's house when we had a catfish tourney, and I caught 5 and Ken caught 3 or 4. But who's counting anyways. That's beside the point. I haven't freshwater fished in forever. Laurie and I threw the ball for Laurie since she was couped up with us for 2 days now. We made some dinner in the RV (turkey breast, broccoli, biscuit and sweet potato fries) and took a walk down the street.  Holly is out right now and my eyes are fading pretty quickly.

Tomorrow we are headed up to Hot Springs, AR to meet up with Joe and Jan, before we go diamond mining. Laurie has been researching all of the massage places and hot spring areas to go check out tomorrow. I told her that because there is a rain coming, we better get over to the diamond mine to pick up the diamonds that will be laying on top of the dirt soon. But, she's more interested in massages right now, especially since Holly took her for a tumble when she was holding the leash and pulled a little too far and snatched the leash out of Laurie's hands tonight. Laurie has also been putting a plan of action into place on the AAA website. We are going to discuss more in the next few days, about where we are going. I guess that is probably a good idea. We definitely know we are going to Seattle and Alaska. But, between here and there, we need to put a route in place.

I will update when we are in Arkansas in the next few days. We hope everyone is doing great and I hope this makes you smile!  Good night and sleep well! 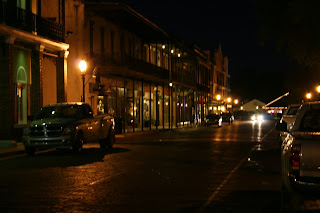 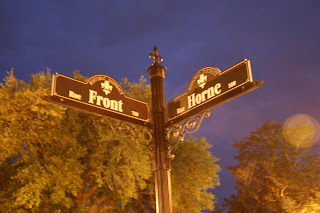 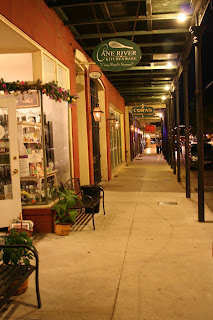