Well...yet again, another story to tell...this time it was as soon as we got moving from the Walmart this morning. We stayed at the Walmart because we got in too late to pull into the campground that we are going to be staying at while we are here. The campground is almost right across the street from the Walmart.  I pulled out onto the main road with Laurie following me in the truck. I got in the middle turn lane to turn into the campground and I misjudged the entrance because there were two entrances and I didn't know which one would take me to the office. (Turns out both of them would.) I started the turn but I had to back up to make the turn and a person thought that the rear end of the motorhome was going to stick out into her lane (I made sure that the rear was not going to go into her lane as I was backing up!) so she hit the breaks and a crown vic behind her slammed into the back of her car. Oh no! I heard the sound of a crash and I though that someone ran into Laurie and the bikes on the rack behind her. I was relieved to see that it was someone else that got rear-ended, but I also felt bad for the people in the accident. I parked the motorhome and got out and saw that the people were turning into the parking lot across the street from us. I walked over to Laurie to see if she saw what happened and I turned back to the people that were in the accident, and they were leaving.  I guess there was no damage to the vehicles, so they took off.  We had made another grand entrance and made a great first impression on two people of Southport.


After we parked the motorhome, we made a trip to Lowes, Walmart and the auto parts store for some standard road trip items.We walked around a little bit of Southport today.  It was gorgeous outside so Holly and I were enjoying hanging out while Laurie walked into the shops. She wanted me to take this picture of her while she was chillin out with her hat backwards. Crazy dog! 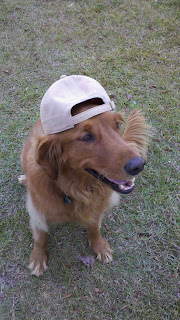 We had a great dinner at the Live Oak Cafe and are going to continue walking around and riding bikes tomorrow. We found out that we can load the truck on the ferry and take it over to Ft. Fisher (Straight shot over to a place south of Wilmington, without going through Wilmington) for $5.  We will probably end up doing that on Saturday. We had a wild start to the day, but it ended up very nicely.  Enjoy the pics! 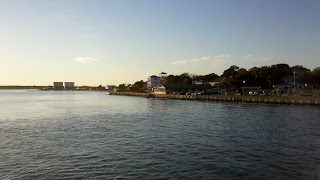 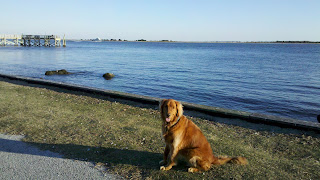 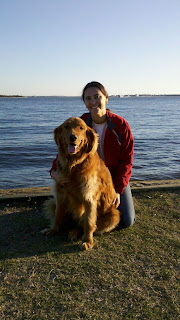 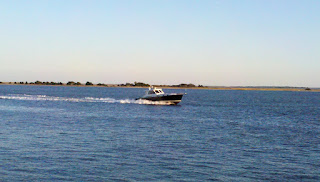