When I left off, we had hiked Lion's Head on the first day that we arrived.  On Saturday, August 1st, we met our tour group at 7:15am and got an idea of what to expect on the trip and what we were going to be doing.

We boarded a bus and drove around Cape Town to get the lay of the land.  We saw parts of Camps Bay and Maidens Cove that were very nice beaches. 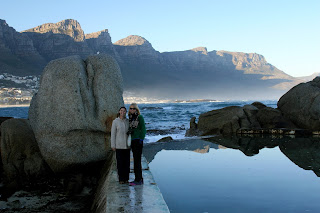 We drove down the coastline towards the southern part of South Africa. We stopped at a little fishing/tourist village called Hout Bay. There were about 20 vendors that were setup with arts and crafts and they had some coffee shops as well. 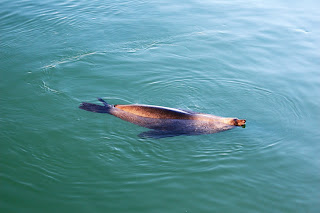 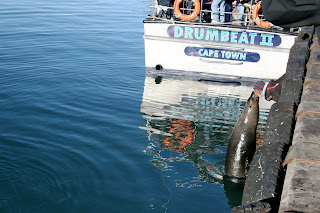 I am going to have to upload pictures later when my internet is better.  Here's what we have been up to.

After Hout Bay we traveled around the coastline on Chapman’s Peak Drive.  The drive takes you along the mountain side down to the Cape of Good Hope.  The scenery was amazing along the drive.  We passed by small towns that were bustling and seemed to have very poor areas.  Many people boarded taxis to get into Cape Town so they could work.  The taxis pretty much load as many people up that need to get to town, that way the cost isn’t so much.  There was a beautiful beach that we passed along the way where people were riding horses on the beach.  The surf looked to be good, but the water was still cold.  Even in the summertime it is still cold.  Approximately 50 degrees. As we drove further, we were told to lookout for wild game like antelope, sometimes baboons and ostrich were spotted.  We spotted ostrich because we drove past the ostrich farm. That’s about the extent of our wild game we saw, except a few antelope (I can’t remember the African name for them right now) far off in the distance.

We passed a wild ostrich on the side of the road on the way in.  He was very fluffy.  Supposedly ostrich meat is red meat that tastes like steak.  I would like to taste it!  We took pictures at the “South-Western point” sign and then headed up to walk up to the lighthouse.  The walk to the lighthouse was filled with baboons and baby baboons that were grooming each other.  They were so funny. It seemed like they were bored because that is pretty much all they did, was groom one another.  They were on the side of the pathway that lead up to the light house and they were very used to people walking by and taking pictures of them. The baboons smelled pretty bad, which is probably why they were grooming one another.  Unfortunately grooming doesn’t overcome the smell of never bathing.  J When we made it to the top of the lighthouse lookout, I imagined what it would be like sailing past this point using only the mountains as reference points.  The ocean was so vast and endless, but seeing the lighthouse, especially around these parts of the world where the water gets so rough, was probably a welcoming feeling. 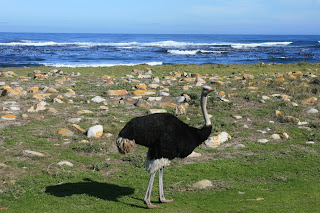 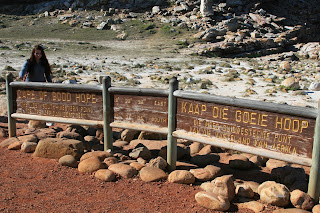 After the light house walk (By the way, this tour keeps you very busy from sunup, sometimes sooner, to sundown. There is a lot of walking and much to see and do every day) we ventured over to grab lunch where the penguins live in a town called Simons Town. Lunch was wonderful. I had sea bass and it tasted like butter.  Laurie and Mo had chicken.  Big surprise there. J  When lunch was over, we walked down the road to the penguin colony. The penguins were small animals with very defined black and white features.  They were very funny with the way they walked, laid down and sat still.  I could see where Danny Devito got his walk from when he played the penguin in the batman movie. One of the penguins were sitting in the chair pose, practicing yoga.  Others were playing in the water or laying in their nests.


We stopped by the gardens on the way back to Cape Town to walk around and look at the flowers.  There weren’t many flowers blooming because it was their wintertime.  I am sure this is a beautiful garden in the spring and summer.  We ate dinner in the hotel this night and I am glad because we were all worn out from a long day of travel.

Our wakeup call was another early one. Today we were going to be driving up to the cable car station at Table Mountain (it shuts down for 2 weeks during the winter for maintenance. Just happens to be shut down while we were there.) to take in some views, then on to signal hill to take some pictures, then take a trip through Cape Town by some very colorful houses, over to a beach called Lagoon beach.  The sights were very pretty from the cable car station, signal hill. 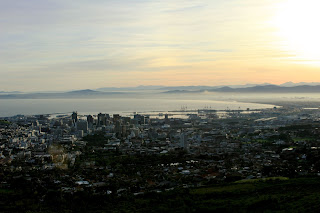 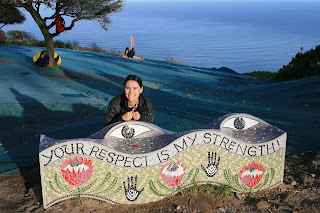 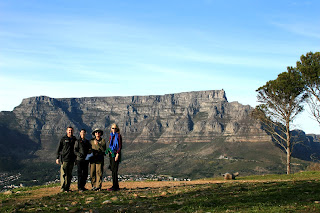 We drove through Cape Town and stopped at this area with very colorful houses.  In 1834 Britain released and banned all ownership of slaves. The slaves celebrated their freedom by painting their houses various colors.  We walked around this portion of town and got some wonderful pictures of the houses. 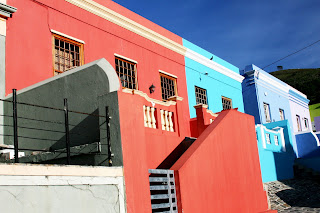 We left this area and drove over to Lagoon Beach where we took some more pictures of Table Mountain and Cape Town. 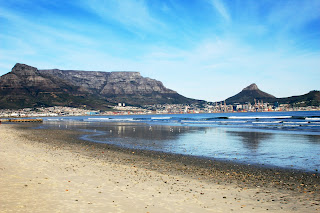 After our visit at the beach we rode down to the waterfront area.  Here we took a little tour of the Shimansky diamonds store where they told us about diamond mining in Cape Town, then lead us through to their retail store.  The associate said that he was going to email me with some diamond pricing, but we haven’t received an email from him yet…I guess it wasn’t meant to be. The rest of the day was at our leisure.  We grabbed lunch by the waterfront, which was wonderful, then walked back to the hotel to drop some bags off before we took another walk.  We decided to take a city walk tour through Cape Town that lead us down to Long Street (this is the party street because there are so many bars. But we were here on Sunday afternoon so there wasn’t much happening) through Long Street market where many people had open air shops setup and were selling all kinds of African made items. Mo and Mrs. Healy bought a couple of scarves that they found a good deal on.  We walked down a few other streets that were pretty sketchy because it was Sunday and there weren’t many people out except ones that lived on the streets.  We made it back to the hotel around 4:30pm just in time to get ready to go to dinner down at Camps Bay.
We wanted to see a Cape Town sunset and Camps Bay seemed to be a nice place to take in a sunset and inner.  We got to Camps Bay and walked around a little before we found a 2nd level restaurant that looked good for food and sunset viewing.  It worked out perfectly where we were able to sit down, eat and enjoy a beautiful sunset over the Atlantic Ocean.  We also saw a man getting arrested on the sidewalk (We think he was drunk) and plenty of people partying at the bars in Camps bay.  I guess they didn’t have to work in the morning.  All in all it was a wonderful day full of great scenery and a lot of walking.  We haven’t had a bad meal or experience in Cape Town.  I would consider it like the Santa Barbara, California of Africa.  The views, beaches, food and people are wonderful.

P.S. If some of these sentences don’t make sense, I am very tired and will end up editing it later.  We are up the coast and have seen hippos, rhinos and crocs today.  We are going on a safari tomorrow.  I'll write and post pictures as soon as I can.